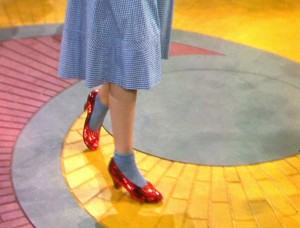 All you need to do is change the Fed’s mandate from targeting interest rates to targeting Gold. The Fed can easily keep the price of Gold within a tight trading range by increasing liquidity when the Price of gold dips below the prescribed range (indicating deflationary pressures) and conversely selling bonds to mop up excess liquidity when the price of gold goes above a set trading range. This would create a “De Facto” gold standard and uses gold as a barometer for how much liquidity the economy needs at any given point in time. Because of it’s nature, Gold is the best monetary barometer available, much more accurate than the human guessing game which believes that growth causes inflation and that liquidity stimulus can somehow create growth. Both of which have the unintended consequences of creating inflation during downturns and starving the the economy during growth spurts.

With the technological advances of the last 50 years, we should be living in a “Golden Age” of living standards, but instead we seem to be living through unending economic disaster.

The cause of this is not the economy itself, but instead the unit of account.

Imagine trying to have a sporting match, conducting mathematics or science without a unit of account. It couldn’t be done. And the same goes with economics. Without a standard unit of account, a stable economy is not possible. And that’s what we are living through.

Today on CNBC they said one could make a pile of money if one could guess when they would raise rates again. This highlights one of the biggest atrocities in the World’s economic system. Trillions of dollars are tied up in the currency futures, hedging the wild swings in the value of currency, trillions that could be invested in productive activities, if only the world had a stable unit of account. The price of commodities didn’t budge an inch from 1920-1971, 51 years of the greatest economic growth in world history. Then in 1971, at the urging of the monetarists, Nixon closed the London Gold window. Gold was $35 an ounce then, and oil was $3.50 a barrel. Inflation is not a natural occurring phenomenon, and especially not due to growth and prosperity. The only thing that causes inflation and deflation is an imbalance in the amount of liquidity in the system, a balance that is the single and only charter of the Federal Reserve. It is a failure of epic proportions.

Ending inflation and deflation is very simple. All that has to happen is for the Fed to keep the dollar/gold ratio in a tight range by printing dollars when the price of gold gets too low (ie 1997, $10 barrel oil) and selling bonds when the price of gold gets too high (ie Now!) to soak up the excess liquidity. There was no inflation or deflation until 1971 when Nixon closed the London Gold Window where one could exchange 35 dollars for an ounce of gold. Oil was 3.50 per barrell. When he closed the London gold window, the dollar became a floating currency and the great inflation of the 70’s began. There was no energy crisis. There never has been. We don’t need a Gold Standard per se, where we actually store the stuff, we just need a de facto Gold Standard where the relationship between the paper currency and the metal stays steady. The Fed has the tools to do this easily. Why is it not done? Because the establishment knows how to profit from these wild swings in prices, while the common man gets screwed. If you look at a chart of oil from 1920 until now it basically doesn’t move until 1971, and then the line goes up like Mount Everest. How is this possible during a time when the car and airplane were invented? Its simply because all inflations and deflations are monetary, ie floating currencies, and when the supply and demand of money itself gets out of whack so do the prices of all the commodities. You ask about a World Reserve Currency. We have one. Its called Gold. Everything is ultimately priced in terms of it.

Your quote in the Moscow Times is absurd:

“This is all in the realm of fantasy,” said Sergei Perminov, chief strategist at Rye, Man and Gore. “There was a situation that resembled what they are talking about. It was called the gold standard, and it ended very badly.”

The only solution to this is having a “de facto” gold standard whereby the Fed keeps the dollar in a stable relationship with the price of gold. It can easily do this by printing currency when the price of Gold starts lower too much and vice versa selling bonds into the open market to soak up excess liquidity when the price of Gold begins to get too high. That’s the only way to end inflation and deflation that never existed before 1971. Keeping things the way they are will only keep the misery going. Look where its got us. The common man gets ruined, businesses can’t plan, and the engine of the economy has a monkey wrench thrown into it without a stable, standardized unit of account.