I don’t think Netflix is interested in raising their subscription price or tiered pricing. I think they look at the subscription like Magazines and Newspapers in the pre-digital days looked at subscriptions: a validation of intent and also to show the content creators the legitimacy of their audience. I think Netflix’s endgame is to become the “de-facto” global distribution network for digital motion pictures, tv, and entertainment. When that happens, then so many other options for revenue enhancement open up. Paid placement at the top of the page when you sign in, al lá “House of Cards,” for instance, and then also one can imagine theaters dying altogether, and Netflix being THE place the next big James Cameron or Ridley Scott release. That kind of thing is what I envision, and I think* that’s what they are shooting for.

If one wants to dream hard, since we are on the heels of it, wouldn’t a Global audience paying a modest but fair price, not only sufficiently finance the Super Bowl, but perhaps bring the NFL even more money and exposure, in a more satisfying and efficient way for both the content creators and the audience?

The CEO of Citigroup at Davos said that the main economic themes right now are Globalization, Digitization, and Urbanization. It would seem to me that a company like Netflix is not only the beneficiary of, but leading the charge in at least two of the three of those trends.

Addendum: In Response to the article:  What if Netflix, Inc. (NFLX) Is Wrong? from InsiderMonkey.com

I think it makes the medium better and more enduring overall. It can be consumed more like a novel. And if the medium is strengthened that gives more leverage and incentive to make a better product. At the end of the day I think it comes down to whether the show or movie is good or not. That’s the value proposition. What this is, is an innovation in the distribution proposition. All business comes down to two variables: Value + Distribution. This new model is, of course, aimed at greater viewer satisfaction, which of course leads to subscriber growth and more distribution leverage. But is also interesting to think how innovation in Distribution could possibly also affect, in a positive way, the quality, i.e. ‘value’, of the content, the product itself. 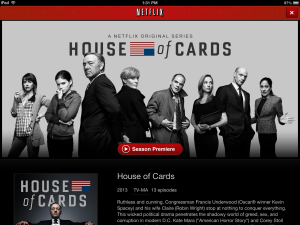 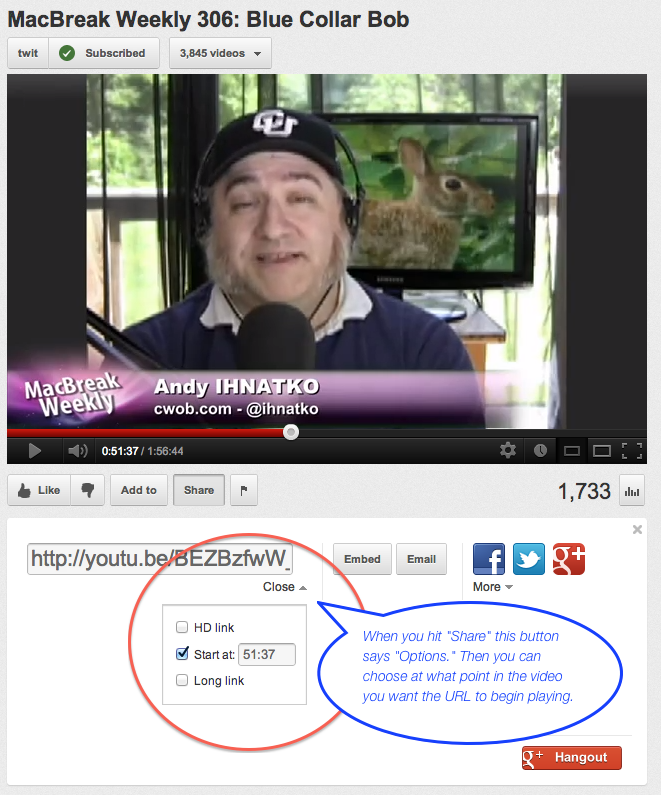 This is so cool! I didn’t know you could do this. All you have to do is hit the button “Share” and below the URL link that they give you to share the video there’s a link called “Options.” If you click that it will give you the option of sharing the video to start at a certain point within the video. The time displayed is defaulted to where the playhead is at, but you can also manually enter the time. This is so useful, especially with longer and longer videos being allowed (The ‘Producer’ Accounts) because, say, there is an interesting segment within a much larger video that you find interesting or funny or both, now you can choose simply to share that segment. Very cool Google, very cool Youtube, and very useful!

This is so cool, funny, and almost surreal. You think, “It must be a trick, prosthetic limb they are using!” But actually it’s real! There’s raw footage somewhere showing in fact it’s all real!

Did this today out on my back patio featuring three songs: “Your Love Chases After Me,” by Mindy Smith, “Another Bad Night’s Sleep” by The Silver Seas, and “Kuzbass” by Josh Rouse. I used the new iPad video Camera and I used the FiRe field recording app on my iPhone for vocals and on my iPad 1 for the guitar. Then I brought those wave files into Logic for some mixing and used iMovie on the iMac to edit and add titles as well as the Logic mixed audio track. I think it sounds and looks good!

Well, except I cut my head off, but I guess you can see the guitar clearly! If you have enough bandwidth you can select the HD option for viewing, although Youtube apparently just supports 720p? I thought it went up to 1080p. Did I really shot this in 1080 or is that something you have to select on the new iPad? I’m performing “Kuzbass” by Josh Rouse. I guess I should print the lyrics because I couldn’t find them anywhere on the internet.